Would you believe that the source of most of the caffeine you consume daily can actually be through nuts? Yes, that’s right. But what exactly are these caffeine-rich nuts?

See, when you’re looking at nuts, you won’t encounter many caffeinated options—except one. Most nuts, such as almonds, cashews, and peanuts are devoid of caffeine, but the one nut that reigns supreme in that area is none other than kola nut.

Compared to its counterparts. the kola nut is in a league of its own. And to know better about this special nut, caffeine, and more, read on!

The kola nuts were first seen in the deep jungles of Africa. Their use as a caffeine source goes back to the ethnomedicine heritage of Africa. Historically, people used to chew these seeds to obtain energy. To this day, they’re still used in the same manner in some parts of Africa and other areas around the world,

In case the name “kola” strikes you as familiar, it’s probably because the kola nut is the origin of the widely-known term “cola”. It was one of the main components in manufacturing the first cola drink, Coca Cola, in 1800.

Kola nuts mainly consist of caffeine: 20g of kola nuts pack about 600mg of caffeine. Other components include theophylline, sugar, water, theobromine, and phenolic compounds. These nuts also contain micronutrients such as magnesium and potassium.

How To Eat Kola Nuts and Where to Buy Them

Kola nuts are available in many shapes and sizes. The old way of using kola nuts is still viable: You can just grab these nuts and start chewing since you can find them packaged and sold like any other type of nuts. You can also use them in the powder form. 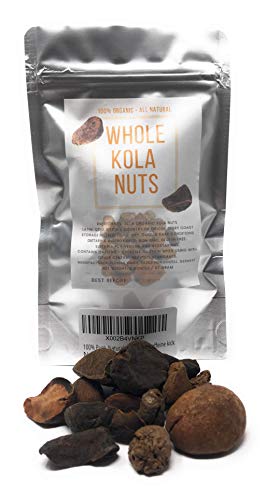 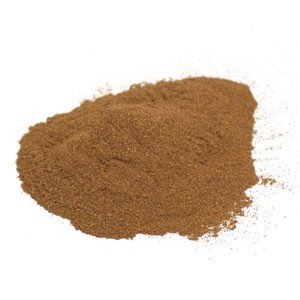 Apart from their more or less direct use, they’re widely used as an additive in soft drinks and energy drinks. Along with the sugar content of these drinks, kola nuts account for the energy boost these drinks provide. However, their current use as additives has been declining, as manufacturers in America and Europe prefer synthetic substitutes.

In addition, kola nuts are also found in herbal supplements or in the form of extracts. 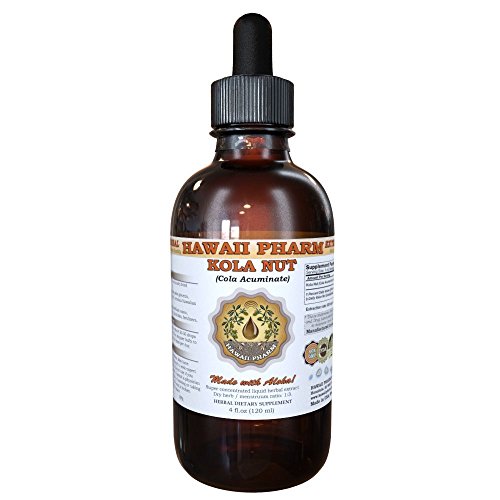 Kola nuts have numerous uses, a lot of which are because of their high caffeine content. First and foremost, it’s a strong stimulant used to combat fatigue, treat drowsiness, and even augment the effect of some pain relievers.

These caffeine-rich nuts also diminish the sensation of hunger. Taken before meals, they help digestion. And to add to their gastrointestinal benefits, they also battle diarrhea.

They also fight against intoxication and alcohol hangover. Speaking of alcohol, this nut is often used by African Muslims (who are prohibited from drinking alcohol) as some sort of alcohol substitute: It eases depression and may even cause euphoria in some individuals!

There is also a study suggesting that these miraculous nuts have antibacterial actions, meaning they hinder bacterial growth and development, aiding your immune system in battling them.

Another component in this nut is theobromine. This component, along with caffeine, affects the blood vessels in your brain in a way that helps alleviate migraines.

There are some people who should keep their distance from these nuts. On top of that list comes people who are generally allergic to nuts. An allergic reaction to nuts may cause breathing difficulty, cramps, hives, and a runny nose.

People with high blood pressure, pregnant women, and nursing mothers should also avoid or minimize their kola nuts ingestion due to their high caffeine content.

General side effects of caffeine:

There are also some medications that you shouldn’t consume kola nuts in parallel with, namely stimulant medications like Amphetamine. This dangerous combination can lead to problems like high blood pressure and increased heart rate.

Caffeine-rich nuts aren’t the only ones filled with energy. The fact that most nuts don’t contain caffeine doesn’t mean that they can’t serve as powerhouses: Nuts contain high levels of healthy fats, along with considerable amounts of carbohydrates and proteins.

Many people think that these nuts can cause weight gain, owing to their high energy content. But on the contrary, there is evidence that they can cause weight loss. Their energy isn’t absorbed completely, and they cause satiety, courtesy of their fiber content.

Other Plants and Seeds That Contain Caffeine

There are other plants and seeds with considerable caffeine content, but they aren’t classified as nuts. This includes coffee beans, from which we make our coffee. And there is also cocoa, the plant used in manufacturing cocoa butter, which is used to make chocolate.

Caffeine-rich nuts, namely kola nuts, are a strong candidate if you’re looking for a caffeine boost to help you perform and function. In addition, they have other health benefits, which really makes them rise above the competition.

While being mindful of their risks and side effects, their use can be perfectly safe, according to the FDA.

You might also want to consider other nuts for their high energy, as mentioned above. And if you rely on caffeine for boosting your performance, you can try some of the numerous plants rich in caffeine besides the one and only, kola nuts.