“Nootropics” is a fancy new buzzword floating around health and wellness circles. The term stems from the Greek word nous meaning “mind” or “intellect.” The promise of nootropics is that they can improve your cognitive functioning and make you more effective at using your brain.

So the question arises: Which supplement, Focus Factor vs. Prevagen, is better? We will talk about both Focus Factor and Prevagen, compare their ingredients and effects, and talk about their benefits and disadvantages. We will then give our verdict on which memory supplement we think is better

Basically, a nootropic is a substance that increases cognitive ability and performance. Keep in mind that the term “nootropic” is more of a marketing buzzword rather than an actual medical term. That means that the same companies will use the term “nootropic” to describe the products that otherwise do not share much in common.

So what actually matters is the ingredients that the nootropic uses. Caffeine could be a nootropic because caffeine improves mental focus and reflex time. But most people are expecting something a little bit more unorthodox than simple caffeine when they hear the fancy term “nootropic.”

So when researching nootropics, what you should focus on is the actual ingredients. Don’t let a term like “nootropic” confuse you; it’s mostly just marketing fluff. Instead look at the product label, research the individual ingredients, and see what kind of evidence there is for their effectiveness.

This is a compound that works in the brain to facilitate neural generation and neural communication. Choline is actually a very important nutrient because the body cannot synthesize it on its own, and so get it from external sources.

B vitamins do all kinds of things in the body, B vitamins help directly facilitate cellular metabolism, which gives you more energy. More energy means more focus, so B vitamins are a common addition in nootropics and other energy-boosting supplements.

GABA is a very important neurotransmitter that regulates neural activity by dampening neuron response. GABA is very important for all kinds of things like improving mood, relieving anxiety, and promoting fat burn and muscle growth.

Tyrosine is an amino acid that serves as a precursor to phenylalanine, another amino acid. These two compounds are necessary for the formation of dopamine, norepinephrine, and epinephrine. They improve attention, focus, and memory. Tyrosine is also a common ingredient in several energy drinks.

Vinpocetine is a chemical that improves memory and enhances brain metabolism. It is used in Germany as a prescription drug in several forms. However, it is not common in the US. Vinpocetine also promotes brain healing after ischemic attacks and strokes. Some argue the clinical efficacy of Vinpocetine is debatable.

Bacopin is derived from the Bacopa plant. It has been used for centuries in Indian medicine to treat memory and other cognitive conditions. There is some evidence that Bacopin can improve the production of dopamine, noradrenaline, and serotonin. However, there is still debate over the clinical efficacy of Bacopa in the west.

In addition to all of these special ingredients in the proprietary blend, Focus Factor has pretty much every regular vitamin you need including vitamin D, potassium, chromium, folate, molybdenum, riboflavin, selenium, thiamin, calcium, niacin, copper, magnesium, zinc, manganese, and more. The inclusion of all these ingredients makes us inclined to label Focus Factor Original more of a multivitamin rather than a dedicated nootropic.

Focus Factor contains over 40 distinct ingredients so, as you might expect, there are some potential side effects.

A common side effect of choline is gastrointestinal distress and bloating. Diarrhea and vomiting might also be symptoms of too much choline. Some ingredients in Focus Factor such as l-glutamine are linked to muscle pain and headaches, as well as dry mouth and rash.

Bilberry affects blood sugar levels, so those with diabetes should not take this product. Grapefruit extract can cause itchiness and dizziness in high doses.

The main problem is that most of the ingredients that have side effects are contained in the proprietary blend, so we don’t know the actual proportions and amounts of these ingredients. Common side effects reported by users include stomach pain, headaches, irritability, and upset stomach. A handful of consumers also report insomnia and fishy body odor. 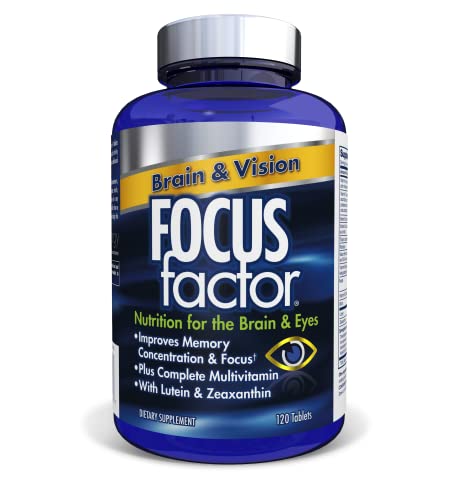 This is a relatively new nootropic supplement that is popular for its use against memory loss. The supplement also claims that it can boost mood and delay the onset of certain neurodegenerative conditions like Alzheimer’s or Parkinson’s’. Prevagen is created by Quincy Bioscience, a biotech company based out of Wisconsin.

There are a decent amount of studies indicating that apoaequorin is safe to ingest and is nontoxic in small to mild doses. There is also some evidence that apoaequorin might help improve sleep.

We should mention that Prevagen has been in some hot water in the past. The Federal Trade Commission (FTC) has charged Quincy Bioscience, the creator of Prevagen, with false and deceptive advertising, particularly about the apoaequorin ingredient.

The charge against Quincy Bioscience never stuck as a judge dismissed the case, but the company does not appear to have run any further tests on their supplement. Alternatively, other studies have indicated that apoaequorin might have some memory benefits, but only in older adults and only a very small difference. More research is necessary to determine its actual effectiveness.

For the most part, small to moderate doses of apoaequorin is perfectly safe for adult humans to take and are not associated with any serious side effects. However, there is not much evidence about potential side effects at higher concentrations. Common side effects include headache, dizziness, and nausea, most of which are mild and subsist eventually.

In a handful of cases, apoaequorin consumption has been associated with heart and nervous system problems, but in these cases, it is unclear whether apoaequorin was the cause in those cases or just incidental. There is also little evidence on how Prevagen interacts with other medications. 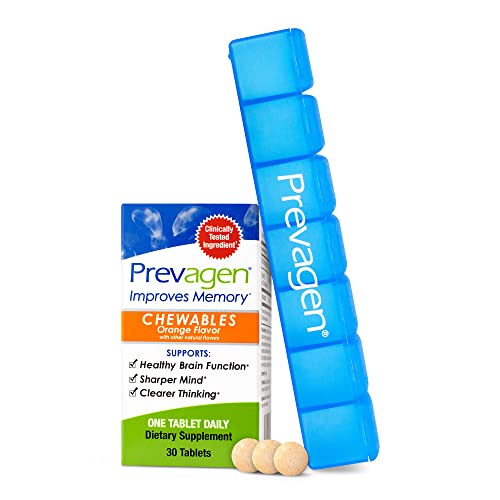 So, which is better: Focus Factor vs. Prevagen?

In our estimation, we would say that Focus Factor is the better option to choose from. Focus Factor might be more of a generic multivitamin than a fancy nootropic, but it has a lot of decent vitamins and minerals, along with a proprietary blend that has a lot of ingredients with some demonstrated positive effects.

Even if Focus Factor does not help your memory and cognitive functioning very much, then it still has some good ingredients in it such as vitamin B, riboflavin, manganese, iron, and so on. These are all useful things that can help your mental concentration by making sure you are not deficient in any nutrients. But it might be a stretch to say that Focus Factor is a real “nootropic” rather than a regular multivitamin with some unique ingredients and a fancy name.

The problem with Prevagen is that it puts its entire operation on a single ingredient that has mixed data about its effects. So, if you are currently trying to decide between Focus Factor and Prevagen then we would recommend going with Focus Factor.

At the end of the day, nootropics are a tough category to nail down, so make sure that when buying that you are researching the individual ingredients rather than relying on marketing terms like “nootropics.”