One of the most popular therapy techniques nowadays is float therapy. Despite being available in multiple spas and resorts, a lot of people don’t know much about this brilliant practice!

If you want to know more about the technique as well as the benefits of float therapy, you’re in luck.

In the following article, we’ll walk you through everything you need to know about this therapy technique. As well as discussing the health advantages you should expect from it. So without further ado, let’s dive in!

What Is Float Therapy?

Float therapy, also known as flotation tank therapy, sensory deprivation therapy, or isolation therapy, has become one of the most popular healing and relaxation practices.

The therapy takes place inside a dark, soundproof tank. You spend about an hour or more floating peacefully in 10 inches to one foot of water.

Usually, the water used in this process has plenty of Epsom salt to the point of saturation. The choice of Epsom salt isn’t only for its various health benefits.

It also comes from the fact that salt solutions make the water more buoyant and easier to float in.

The darkness and soundproofing of the tanks is also essential. It removes external stimuli and distractions, such as light and noise.

Additionally, the water is heated to the same temperature as your body to eliminate the sense of touch. In addition to blocking these senses, the sense of smell is also nullified due to Epsom salt.

Because you’re floating, the effect of gravity on your muscles, bones, and joints is completely removed during the therapy session.

The goal is to eliminate all the sensory stimulation during the session, which follows a technique known as “Restricted Environmental Stimulation Therapy” (REST).

The Origin of Float Therapy

Floatation in salty water for therapeutic purposes has been around for centuries. The dead sea region is one of the most popular spots around the world for this kind of practice.

However,  John C. Lilly, MD, who was an American physician, psychoanalyst, and neuroscientist, developed the design for our modern-day float therapy.

Lilly studied the health effects of sensory deprivation and floatation. He also designed the tank used to cut off all senses and external stimuli during the session.

The first flotation tank was developed in 1954. Lilly was working at the National Institutes of Mental Health (NIMH) in Maryland.

The device showed a huge success with patients suffering from post-traumatic stress disorder, as well as other mental health issues.

Lilly then teamed up with additional business partners to produce the first commercial float tank for public use.

Although the practice has seen some decline during the late 70s, it has come back in the last two decades. Multiple spas and health centers have begun offering 60 to 90-minute sessions.

The Process of Tank Floatation Therapy

Now that you know more about floatation therapy, it’s time to take a deeper look at what you should expect during a session.

First, you should know that the process of float therapy might differ from one health center to the other.

However, they all abide by the same general outline of the therapy technique, which usually goes as follows:

You’ll arrive at the spa or health center where the floatation tank is present. You’ll get a closet where you remove all your clothing and jewelry.

Most spas also recommend that you take a quick shower to remove all sensory blockers before entering the floatation tank.

You’re cut off from all external stimuli once you enter the tank, including sound and light.

The buoyancy of the Epsom salt-saturated water will help you float freely in the water, which removes gravity.

Music usually plays inside the tank for 10 to 15 minutes to help you relax and feel more comfortable.

As you float weightless in complete silence and darkness, your brain will enter a state of deep relaxation. This can have a variety of effects, ranging from tranquility to enhanced creativity and lucid dreaming.

In the last 5 to 10 minutes of the session, music will play again. This gets you ready to leave the tank. Then you take another shower before getting dressed.

How Can Float Therapy Benefit Your Health

The benefits of float therapy are plentiful and can vary greatly from one person to another. Not only that, but it can also vary from session to session. This depends on the circumstances of the individual during a given session.

Let’s have an overview of some of the health benefits of float therapy.

One of the most popular health benefits of float therapy relieving stress. In fact, it’s the first potential benefit to be studied by the creator of the float chamber himself.

A recent study conducted with 50 people found that the practice significantly reduced stress and anxiety among participants.

Additionally, it was found that floatation aided in improving the general mood and reducing the symptoms of several psychological disorders. This includes irritability, depression, and anxiety.

In addition to its beneficial effects on mental health, float therapy also had euphoric and creativity inducing benefits. A joint American-Italian study proved this.

According to the study, subjects displayed a huge increase in the scores of Guilford test after the float therapy. This backs up the original findings by John C. Lilly regarding flotation therapy and creativity.

The ability of float therapy and sensory deprivation tanks to alleviate chronic pain has been confirmed by a wide variety of studies.

For instance, a 2001 study found that deprivation tanks and float therapy are highly effective in the alleviation of pain caused by muscle tension, as well as chronic pain due to fatigue.

Not only that, in the previously mentioned 2018 study on the effect of float therapy of the stress levels, float therapy was found to help reduce stress-related pain, such as headaches.

Another small study performed on participants with whiplash-associated disorders found float therapy to be an effective method in treating their disorder. This included symptoms such as neck stiffness and reduced range of motion

A Swedish study in 2014 found that float therapy is a great method to improve the quality of sleep.

Not only that, the test group has seen a strong correlation between the altered state of consciousness during float therapy and the degree of mindfulness in daily life.

In other words, the more detached from external stimuli your therapy is, the more likely you’ll be able to focus during your work and life in general!

Float therapy isn’t only beneficial for mental health. In fact, many studies showed that float therapy also increases the athletic performance and physical activity of participants, much like cryotherapy.

For example, the Department of Kinesiology and Physical Education at Northern Illinois University found in a study that floatation and restricted stimulation therapy helped enhance the overall athletic performance!

In addition to the direct health benefits of floatation therapy itself, there are some indirect benefits and advantages due to the circumstances of the therapy technique.

The zero-gravity state that you saltwater puts your body in can actually manage rheumatoid arthritis, according to a 1990 study.

Not only that, but it also improves the systemic circulation and helps your body heal and rejuvenate itself.

In fact, a study showed that relaxation for 45 minutes in floatation therapy conditions can help in reducing blood pressure and heart rate.

Lastly, Epsom salt has been proven to do the following: 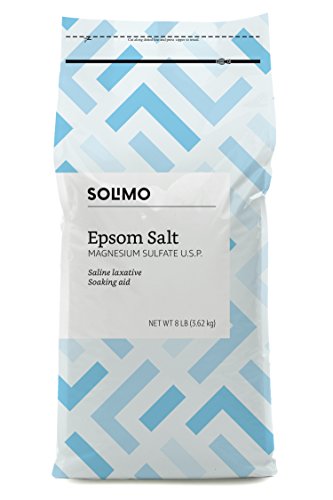 As you can see, there’s a wide array of both psychological and physiological health benefits that come from float therapy.

Float centers and spas with floatation tanks are now available in all major cities for relatively affordable prices, especially considering all the benefits.